Seun Kuti on #EndSARS: The youth will chase PDP, APC out of govt in 2023 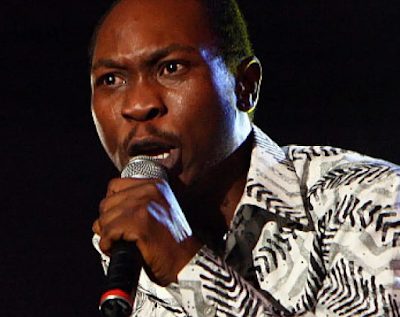 Seun Kuti, son of Fela Kuti, late Afrobeat legend, says the youth will chase the All Progressives Congress (APC) and Peoples Democratic Party (PDP) away from the corridors of power in 2023 due to their failures to deliver good governance.

In a flurry of tweets on Tuesday, the 37-year-old Afrobeat singer said the two major political parties have failed to deliver dividends of democracy to the electorates.

His tweets were on the back of the #EndSARS protests aimed at tackling misconducts of operatives of the now-disbanded special anti-robbery squad (SARS) and general hardships in the country.

Kuti said it was about time the youths formed a political party to dislodge the PDP and APC’s dominance in the country.

“APC, your exit card for 2023 is ready just like PDP in 2015. The youths will mobilise and chase both APC and PDP out of government come 2023. Nigerian youths, time has come to form our own political platform that will represent us. APC and PDP no send us. No more play, let’s get serious Soro Soke,” he wrote in a mixture Pidgin and English.

He also tackled the APC for attempting to stifle the ongoing #EndSARS protest despite benefiting from demonstrations of various kinds in the past.

“The same APC that came in at the back of 2012 protest want to disrupt and stop protest. Nawa for how power intoxicates some. When PDP was there, they behave badly. Now APC has entered and is doing the same. Nigerian youths, we must start to talk about our own alternative, no more APC and PDP. Aluta,” he added.