SARS to join Naira Marley, others to protest on Tuesday 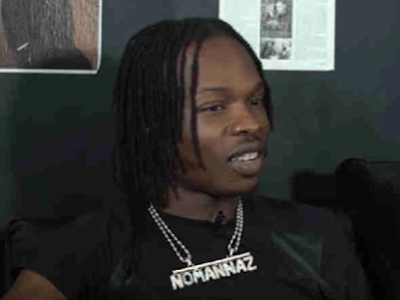 Popular Nigerian singer, Naira Marley has announced that he would be leading a protest on Tuesday against injustice meted out on Nigerians.

This is following the outcry and #EndSARS campaign on social media against harassment of youths by SARS operatives.

Naira Marley, who had earlier declined participation in any protest over fear of going to prison, announced on his Twitter page that some SARS officials would join the protest.

Giving reasons, Marley said the police officers and SARS personnel would come out to show support against their fellow colleagues and answer questions from Nigerians.

His tweet read: “On Tuesday we got some SARS personnels coming out with us. The ones that claim to only come out for big operations and not the dirty works on road.

“They are coming out to show support and to answer some questions, we also got some police officers and soldiers joining the protest.”

Naira Marley, therefore, appealed to fans and those willing to protest not to fight with any SARS personnel.

“Don’t forget guys just in case you see any SARS or any forces there on Tuesday don’t start any fight. We are allowed to ask questions? But remember no fight, no vandalism. Peaceful protest. Thanks,” he added.