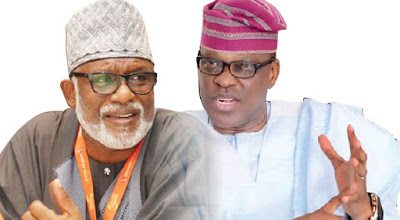 The African Democratic Congress (ADC) has run into murky waters in Ondo State.

On Thursday, the party sanctioned its state officials that endorsed candidates of other political parties.

Some of them either declared support for Governor Rotimi Akeredolu of the All Progressives Congress (APC) or Eyitayo Jegede, the Peoples Democratic Party (PDP) flagbearer.

ADC Vice Chairman, Peter Edeh, at the party’s grand finale rally in Akure, said the members have been suspended for being anti-party.

He named Ibrahim Rasheed as new acting Chairman and Timothy Akinola as acting Secretary in Ondo.

In his remarks, Adelegan said he was confident of victory on Saturday.