ASUP threatens to embark on strike over IPPIS 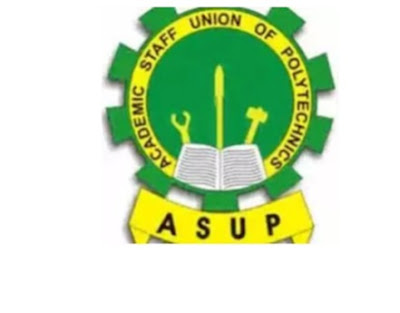 The Academic Staff Union of Polytechnics (ASUP), has threatened to embark on strike over the challenges they are facing with implementation of the Integrated Payroll and Personnel Information System (IPPIS).

ASUP President, Anderson Ezeobe, stated this while speaking to journalists on Friday.

According to Ezeobe, the 15-day ultimatum issued by the union remains valid.

This is coming three days after the senior staff of Nigerian polytechnics issued a 21-day ultimatum for the Federal Government failure to address lingering issues associated with the IPPIS.

Ezeobe says the National Executive Council of the union has directed various chapters to hold congresses with a view to taking drastic decisions on the way forward on the issue.

He said: The trade union is an epitome of democracy. So we are taking the matter to our congress to say, this is what has happened and the same way, we will explain to our chairmen and they will take the matter back to congress and then our congress will decide on the direction to take.

“We understand that the pandemic has altered a lot of dynamics and so with the feedback we get from our members, we can come back and say, we are shutting down or giving a particular date. So we are waiting for directives that will come from our congress.”