Neymar sends message to Ronaldo after surpassing his goal record 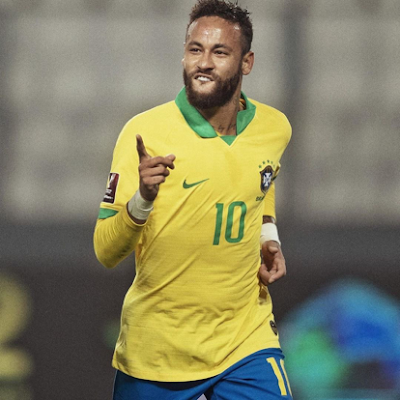 Brazil forward, Neymar, has reached out to his fellow compatriot, Ronaldo De Lima with a classy message after he surpassed the legendary striker on Brazil’s all-time goal scoring list.

Neymar scored a hat-trick as Brazil defeated Peru 4-2 in a 2022 World Cup qualifier in Lima on Tuesday.

The three goals moved the Paris Saint-Germain star into second place in his country’s all-time goal scoring list ahead of Ronaldo but behind Pele.

Reacting, Neymar in a tweet via his Twitter handle on Tuesday night, paid tribute to Ronaldo after the match.

“All my respect for you PHENOMENON,” Neymar tweeted alongside a picture of Ronaldo celebrating in Brazil’s jersey.

“Each historical moment of the national team, each generation, has its own value,” Tite said.

“It has Ronaldo, an extraordinary phenomenon. There were Rivaldo, Romario, Bebeto. Each had their times. It’s unfair to make comparisons between them.

“What I can say is that Neymar has this unpredictability. He is a bow and arrow.

“He is the player for the assist and the finish too, and he gets better and better and with an increasing degree of maturity.”