Lekki shooting: No one can explain Buhari’s silence -Bishop Kukah 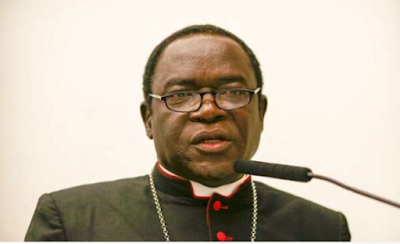 Matthew Kukah, bishop of the Catholic diocese of Sokoto, has expressed surprise over President Muhammadu Buhari’s “continued silence” on the shooting in Lekki, Lagos state.

The president has not addressed the nation on this issue.

Speaking during a Channels TV programme on Wednesday, the cleric said it is the responsibility of the president to communicate his feelings to citizens and set the country on a particular path.

“I really cannot understand this. I feel totally helpless in the sense that I cannot find any reason and I don’t think any Nigerian in the right frame of mind can find a reason to why the president has remained so silent on this crisis,” he said.

Kukah said the apology rendered by Vice-President Yemi Osinbajo was to compensate for the president’ silence.

On Friday, Osinbajo had apologised to Nigerians for the slow response of the federal government to the issues raised by the protesters, adding that judicial panels of inquiry would be set up in all states to ensure justice is served.

According to Kukah, youth are putting their lives on the line by going out to fight for their rights and the only way out is to “let them know someone feels their pain.”

He added that religious bodies have no authority and can only function as voices of restraint.