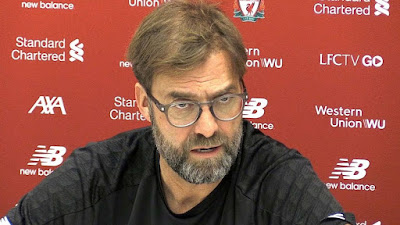 The Midlands club inflicted the first defeat on the season on the Reds, who put up a poor performance.

Villa took advantage of Liverpool’s high line in defence and should have won by more goals.

Although Carragher believes there is nothing wrong with the high line, he feels the defenders rested on the tactic as an excuse to fail to track back.

“It’s a shocking result and performance, certainly the worst under Jurgen Klopp, no doubt about that. The only thing for me it was evident early on that Liverpool did not start this game well, even in the first few minutes it looked like there was danger for them.

“For me, even though Liverpool have good defensive record, I don’t like it and I don’t agree with it, the way they are trying to catch people offside. I don’t like that as a defender, I’ve been in this position myself.

“This team play a lot higher up the pitch and almost sacrifice one big chance a game with the opposition going through on goal. But they look at the benefits of winning the ball, they play so high and press so high, but when someone beats your press around midfield you’ve got to get ready to go back,” Carragher said on Sky Sports.