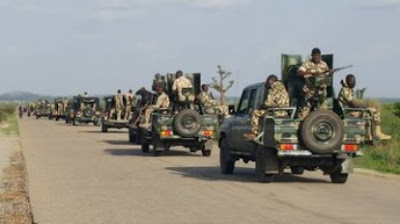 President Muhammadu Buhari has ordered security agencies for immediate deployment of their officials to Zamfara State following the gory episode that claimed 22 lives, injuring dozens in the State recently.

This was soon after the state governor, Hon. Bello Mohammed Matawalle begged the President to bail the State out of the security challenges ravaging it.

This was contained in a press statement signed and made available to newsmen in Gusau, the State capital by the Governor’s Special Adviser on media and public enlightenment, Hon. Zailani Bappa.

The statement noted that governor Matawalle was seriously touched by the dastard act that claimed 22 villagers and injured so many people who escaped to the forests with gunshots wounds.

“I came to Abuja to formally inform the President of the escalating situation of terrorism in the state. After the disbandment of SARS the gory episodes have continued unabated,” the governor lamented.

“Therefore I am appealing to Mr president to as a matter of urgency help the people of Zamfara state to overcome this teething problem.

“I also made the President to understand about the position of illegal mining in the State,” the Governor was quoted as saying.

Matawalle explained that most of the illegal miners operating in the State were not even Nigerians but from other countries.