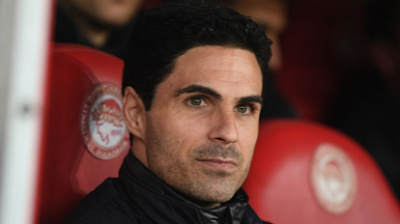 Arsenal boss, Mikel Arteta, has provided the latest update on Willian and Dani Ceballos ahead of his side’s Premier League clash with Leicester City on Sunday night at Emirates.

Willian and Ceballos both missed Arsenal’s Europa League 2-1 victory against Rapid Vienna on Thursday due to a slight calf issue and ankle bruising respectively.

Speaking at his pre-match press conference on Friday, Arteta also said that some of his Gunners players sustained some knocks and niggles against Rapid Vienna, adding that he would have to assess them before Leicester clash.

Arteta said: “We have to assess a few players today. We have some knocks and niggles from last night which is normal and after a long flight as well. Let’s see how everybody is today.

The Spaniard added: “I think so [it’s too early to comment on Dani and Willian]. They haven’t trained with us yet, so we will have to see how they react in the next couple of days.”

The kick-off time for Arsenal vs Leicester is 8:15 pm.