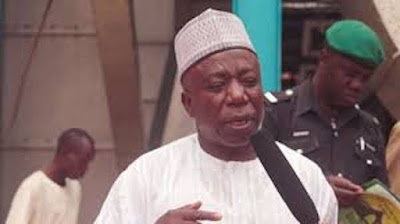 Former Governor of Kebbi State and Senator representing Kebbi Central Senatorial district, Sen. Adamu Aliero has advised the government to go after the protesting youths if attempts to negotiate with them fails.

Aliero’s position was at the backdrop of concerns raised in a motion by Senator Biodun Olujimi over violence occasioned by the End SARS protests.

Senator Aliero reasoned that no government would sit and watch lives and properties being destroyed in a manner that the End SARS were going about now.

He said, if government fails to release full wrath, things may go wrong.

“I want to say that government should do whatever it could to end End SARS, because no responsible government will sit and watch lawlessness happening to democracy like ours.

“For that reason, government should use whatever means possible to ensure that End SARS is stopped,” he insisted.