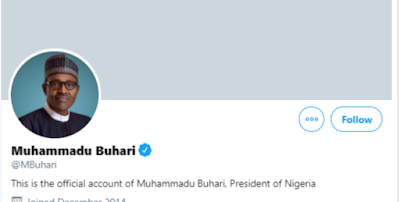 Approximately 100,000 people have unfollowed President Muhammadu Buhari on Twitter as a sign of protest of his management of the current policing crisis across the nation.

A new wave of protests to end the activities of the special anti-robbery squad of the Nigerian Police Force (SARS) has been sweeping across the globe in the last 96 hours, calling on the president to scrap that unit of the nation’s police.

Buhari did not respond to the protesters until Friday night when he tweeted a photo from a meeting with the inspector general of police (IGP) and Vice-President Yemi Osinbajo.

The president said he has asked the IGP to address the issues and lead a police reform.

“The IG already has my firm instructions to conclusively address the concerns of Nigerians regarding these excesses, and ensure erring personnel are brought to justice,” Buhari tweeted

“I appeal for patience and calm, even as Nigerians freely exercise their right to peacefully make their views known.”

Nigerians were not impressed by Buhari’s response, and decided to continue the protests nationwide — gaining traction internationally as one of the top trends across the world.

THE CALL TO UNFOLLOW BUHARI

A Twitter user called on Nigerians to unfollow the president on the micro-blogging platform. According to him “unfollowing Buhari is also a form of protest?”

“We can help him shave off 1.5 million followers,” he added.

Do you know that unfollowing @MBuhari is also a form of protest?

We can help him shave off 1.5 million followers pic.twitter.com/3B5csKf0bG

Less than 24 hours after the tweet was made, about 100,000 people have unfollowed the president, reducing his followership from 3.5 million to 3.4 million. 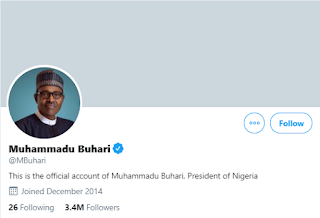 The actual numbers are unknown; Twitter uses an approximation method to determine what is shown on every individual profile.

According to a web archive accessed by TheCable, Buhari had 3.24 million followers in June 2015 shortly after he became president.

His followership grew to 3.46 million as of October 1, 2020, but crossed the 3.5 million mark about a week later — just before the protests began nationwide. But has now seen a drop in numbers.

The call to unfollow the president is growing on the platform — just as protests have continued nationwide.