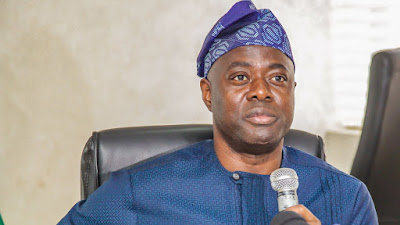 Seyi Makinde, governor of Oyo state, has ordered the closure of schools in the state from Wednesday.

Makinde announced this in a broadcast on Tuesday.

The governor said schools will remain closed for the rest of the week while efforts are made to douse the tension in Ibadan, the state capital.

He explained that the move became necessary following outbreak of violence in some parts of the state.

Three people were reportedly killed in the Ojoo area of the state after policemen opened fire on #EndSARS protesters.

“I have directed that all schools in Ibadan, should be closed from tomorrow, Wednesday, October 21 2020 for the rest of this week,” Makinde said.

“The past two days have seen a new dimension to the ongoing protests. Thugs and hoodlums have taken advantage of the situation to perpetrate uncivil acts and harass citizens who are going about their day-to-day activities.

“Some thugs are going as far as forcing people who have businesses open to close shop and join in the protests. We know these are criminal elements. And so, as a state, we must act to protect the citizenry.

“Therefore, we are deploying members of Operation Burst to various hotspots in Ibadan to arrest the situation and restore normalcy.”

The governor further said peaceful protesters can continue with their agitation.

“The members of the team will continue to protect genuine protesters and their right to protest. But we can not allow persons with ulterior motives to hijack the protests,” he said.

“We remain committed to the process of meeting the demands of these protests.

“We will continue to seek ways to engage with peaceful protesters. Our plan is that in the shortest possible time, we can finally say the days of large-scale and wanton police brutality and injustice is a thing of the past.

He said the situation in the state will be reviewed on Friday “and then further directives will be given”.

Lagos and Ogun states have also ordered closure of schools while curfew has been declared in Ekiti and Edo states.