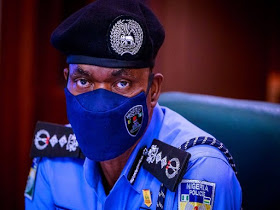 Inspector-General Muhammed Adamu is set to announce immediate abolition of the police Special Anti-Robbery Squad. This will be a major victory for Nigerians in their push to end decades of police brutality.

Mr. Adamu’s statement is currently being prepared and will be made public before the end of the day, Peoples Gazette learnt from top police and presidency sources on Saturday morning.

The announcement was initially scheduled to be made on Friday after Mr. Adamu met with President Muhammadu Buhari and Vice-President Yemi Osinbajo at the State House, but was thwarted after presidential spokesman Femi Adesina said the administration should not surrender to Twitter warriors.

Mr. Adesina then proceeded to issue the highly-criticised statement that appeared to cast the president as insensitive to the #EndSARS campaign, which has gained worldwide backing over the past week.

Mr. Adamu has now finally been asked to “announce this afternoon as things are getting out of hand.”

Mr. Adamu was also initially scheduled to meet with top civil society players in Abuja on Friday to make the announcement, which was preempted by Mr. Adesina’s interjection.

A top police source said that President Buhari was finally convinced that the protest should not go into a new week because it is a decentralised movement with millions of young people with little experience in public agitation.

On Saturday, Jimoh Isiaq was killed in Ogbomoso after police officers opened fire on protesters. Many others were injured and remained in critical conditions as of Sunday morning.