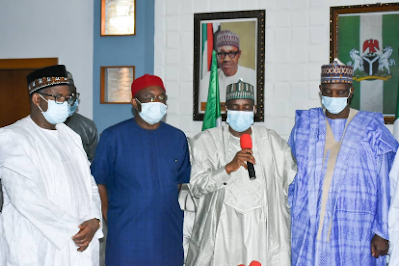 He also asked the President to deploy Information Communications Technology (ICT) in the fight against insecurity in the country.

Governor Tambuwal stated this while speaking with journalists in Bauchi when the National Chairman of the People’s Democratic Party (PDP), Uche Secondus, led some party chieftains on a solidarity visit to the Bauchi State governor, Senator Bala Mohammed.

While lamenting the high level of insecurity, including banditry in.the North-West, Tambuwal said there was the need to employ more personnel in the Army, police, civil defence and other security agencies.

According to him, Nigeria is under policed, adding that in view of this the Federal Government should employ competent and qualified unemployed youths into the security agencies in the country.

This, the Sokoto State governor, said would not only help in tackling insecurity but also reduce unemployment in the country.

“I am calling on Mr President to seriously consider employing more capable, competent and qualified hands.

“We have many unemployed youths who are patriotic, competent and qualified and can be enlisted in the security apparatus that we have in Nigeria like the Nigerian Army, Nigerian Air Force, Nigeria Police, the DSS (Department of State Services) and all other agencies.

“I am appealing to Mr President to seriously consider employing those who are competent and qualified because we know that Nigeria is under policed and there is the need for more hands. I know we are doing more on community policing but that is not enough,” Governor Tambuwal said.

He appealed to the President to ensure that security operatives on the front line of the fight against insurgents and bandits, among others, get their entitlements and other welfare packages with a view to boosting their morale.

“We are appealing to Mr President to ensure and guarantee that packages meant for the Army and the men out there reach them, in terms of their rations, earnings, welfare, wellbeing and the welfare of their family members.

“We are also imploring Mr President to deploy ICT equipment to be made available to the men in the forefront of the fight against insurgency, banditry, kidnapping and other crimes,” he added.