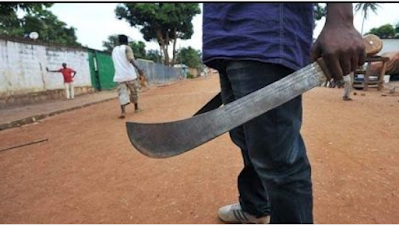 Residents have expressed panic over a renewed clash between Hausa and Yoruba youths at Fagba, Iju Ishaga area of Lagos State.

It was gathered that many people are injured in the clash.

One of the residents said there are causalities, but that could not be immediately ascertained by our correspondent.

There are also reports that buildings were damaged during the ongoing fight.

Another resident, Aina, told our correspondent that “We have not been able to leave our homes. They started the fight on Tuesday. We thought it was over yesterday until they renewed the fight again today.

“I don’t know the cause of the fight, but Isaw people running helter-skelter some minutes ago.”

Efforts to reach the Lagos State Police Public Relations Officer, Muyiwa Adejobi, proved abortive as of the time of filing this report.