Van de Beek’s agent hits out at Solskjaer, claims Man Utd should have lost 7-1 to Brighton 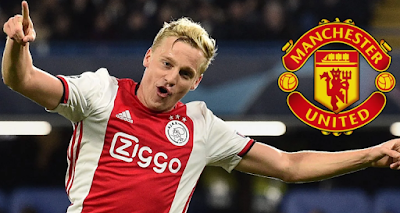 Sjaak Swart, the agent to Donny van de Beek, has hit out at Manchester United manager, Ole Gunnar Solskjaer, for not starting the player in the Premier League since he joined the club.

Since then, he has featured only as a substitute in the first two matches, playing 23 minutes Crystal Palace and for the final moments against Brighton.

Van de Beek scored against Palace and was instrumental as United won 3-2 at the Amex Stadium.

Speaking to VoetbalPrimeur, Swart said: “A substitute, I don’t like it at all. I couldn’t do it myself, standing in with four minutes to play.

“I have to say he did three more good things. The penalty, where the winning goal came from, it came from him.

“Normally they should’ve lost 7-1. Brighton hit the post and bar five times. They have a nice team, but that should not happen to Manchester United.”

Van de Beek started for United in their Carabao Cup win over Luton, but was substituted after 78 minutes.