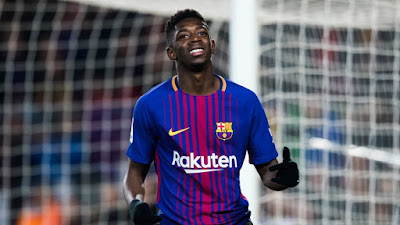 Manchester United are on the verge of signing Ousmane Dembele from Barcelona, according to AS.

The fee is believed to be in the region of £50million.

Dembele was a target for Ole Gunnar Solskjaer last summer, but United had one bid turned down for the French forward.

With new Barca manager Ronald Koeman keen on signing Memphis Depay from Lyon, Dembele could be sold to bring in funds.

Barcelona are willing to take a heavy loss on Dembele, by accepting a bid in the region between £46m-£54m.

Dortmund winger Jadon Sancho had been United’s first choice this summer, but the Bundesliga club are seeking £109m for the England winger and hopes of a deal have faded fast in recent weeks.