US set to review immigrant visa ban on Nigerians 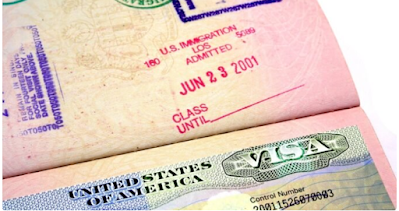 The United States government says it will review the immigrant visa ban placed on Nigerians.

In January, the United States imposed an immigrant visa ban on Nigeria as a result of the country’s failure to comply with its established identity-management and information-sharing criteria.

Speaking with reporters at the end of the inaugural meeting of the US/Nigeria forum in Abuja on Wednesday, Mustapha Sulaiman, permanent secretary, ministry of foreign affairs, said the ban will be reviewed.

Sulaiman said Nigeria has met almost 90 percent of the requirements set by the US government, adding that the forum will serve as a platform where both countries can improve on bilateral relations and address concerns for the benefit of citizens.

“We have accomplished so much within a very difficult year, but essentially we want to acknowledge the recognition, and put on record Nigeria’s response to the concerns by the United States government in respect of the immigrant visa restriction that was imposed on Nigerians,” he said.

“I want to say that we appreciate the acknowledgement and the commendations from the United States government in respect of this response.

“From the assessment of the recipient of our response, I think we have accomplished almost 90 percent of the requirements that have been set in that regard.

“And I am sure that if you follow the information that has been passed on the level of compliance, for instance, sharing of information, we have done so much in that regard.

“That is why I believe the US government is having the comfort to even reevaluate. Otherwise, we wouldn’t have been candidates for reevaluation. If we have to rate ourselves, from what has been done so far, we should be about 90 percent compliant.

“The consular forum was agreed on earlier in the year during the Bi- National Commission of the United States and Nigeria which was held in Washington and that agreement is what is coming to push now.

“We have just had the maiden consular forum meeting today and I want to put it on record that it has been a very successful meeting with various issues that were discussed.”

Sulaiman commended the Nigerian Immigration Service (NIS), the US Embassy in Nigeria, and other stakeholders who worked to ensure that Nigeria made appreciable progress to earn the commendation.

In her remarks, Mary Beth Leonard, US ambassador to Nigeria, commended the country on the progress made in information sharing and other concerns raised which resulted in the ban.

She said the presidential proclamation enjoins the US Department of Homeland Security and the Department of State to prepare a report addressing the measures that have been taken, which will then be submitted to the White House for reevaluation.

“I have to congratulate Nigeria on its progress on greater information sharing with the United States,” she said.

“We have reviewed the federal government’s report on information sharing and we are inspired by the strides that Nigeria has made to improve access to stolen and lost travel documents.

“And I am particularly encouraged by the September 7 announcement that the US provided Interpol router is successfully connected to Nigeria’s Immigration Service and National Centre Bureau in Abuja. Washington is extremely pleased about that development in particular.”