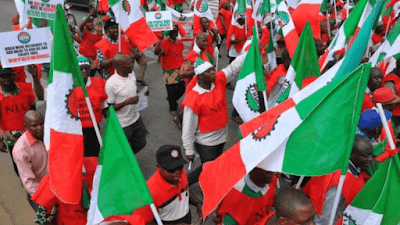 The Nigeria Labour Congress (NLC) has given the federal government two weeks, to reverse the increase in petrol price and electricity tariffs, or face industrial action from September 28.

Wabba confirmed that their meeting with the Federal Government on Tuesday ended in a deadlock.

“It was resolved that the Federal Government has within two weeks to reverse the increases or face industrial action.

“It was also resolved that the Central Working Committee (CWC) will meet on September 22, 2020, to give effect to the CWC resolutions if the prices are not reversed before that date.

“We also mobilising our civil society allies for the action because it is presently deepening poverty among the working class,” Wabba said.

The Independent Petroleum Marketers Association of Nigeria (IPMAN) recently directed its members in the South-West States to sell Petrol at N162 per litre.

The electricity tariff across the country has also been increased, though many groups individuals and organizations have kicked against the increments.