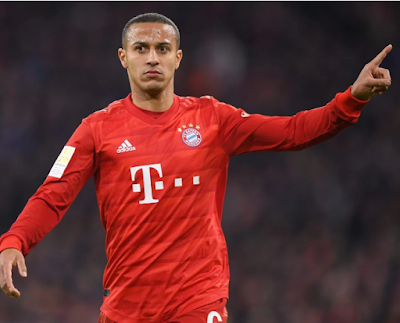 Bayern Munich midfielder, Thiago Alcantara, has ruled out any possibility of leaving the club this summer amid interests from Liverpool and Manchester United.

Recall that Thiago had been heavily linked with a move to Liverpool and Man United this summer transfer window.

Speaking on the development at a news conference alongside national team coach, Luis Enrique on Saturday ahead of Spain’s UEFA Nations League match against Ukraine on Sunday, the 29-year-old said he was not going to leave the Bundesliga champions for any club this summer.

Thiago, who won the Champions League with Bayern Munich last month, said: “I have never said that I am leaving Bayern.

“Every year, you [journalists] put me at a different club.

“For me, my future is tomorrow’s game [against Ukraine], and there is nothing more to say.

“I neither care nor am I interested [in the speculation]. What interests me is tomorrow.”