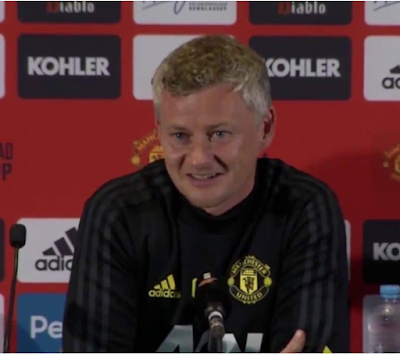 Solskjaer feels other areas of his squad are in more urgent need of reinforcements.

United have only signed Donny van de Beek from Ajax this summer.

But Solskjaer had planned on making at least three signings ahead of the new season.

Also, Solskjaer felt his squad lacked depth in the final stretch of the season and he’s keen to add competition at left-back and centre-back.

While United are still searching for a left-back following Sergio Reguilon’s decision to join Tottenham Hotspur, they will postpone a move for a centre-back until next summer.

Dayot Upamecano was look at as a potential partner for Harry Maguire, but RB Leipzig wanted over £60million for the French defender, which United were unwilling to pay.

It means Axel Tuanzebe could be given a chance to stake a claim to partner Maguire, although Victor Lindelof is likely to continue in place at the start of the season alongside the England international.