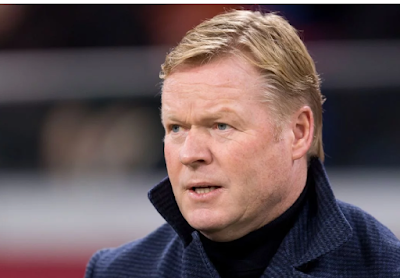 New Barcelona manager, Ronald Koeman, is unable to take charge in an official game, leaving the club’s plans for the new season in jeopardy.

Cadena COPE in Spain reports that while Koeman was unveiled by president Josep Maria Bartomeu earlier this summer as a replacement to Quique Setien, the necessary paperwork has not been completed.

It is claimed that Setien has not been officially sacked and a payoff is still to be agreed.

This leaves Koeman in limbo ahead of their LaLiga opener against Villarreal.

Koeman has been in the Barcelona dugout for pre-season friendlies against Gimnastic and Girona.

But such privileges would not be extended to LaLiga in two weeks’ time against Villarreal, if the club remain without a resolution for Setien’s severance package.

Setien wants to collect the year’s salary that was in the contract he signed to succeed Ernesto Valverde.