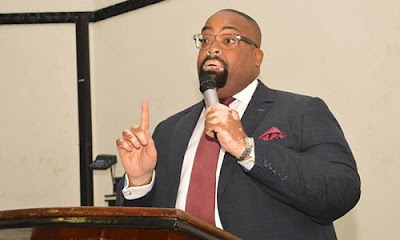 The Nigerian Bar Association (NBA) says Yahaya Sharif-Aminu, a musician sentenced to death in Kano state, has been denied access to a lawyer.

Sharif-Aminu was sentenced to death by hanging on August 10, after he was found guilty of committing blasphemy in a song against the Prophet Muhammad.

The development stirred an outcry among many Nigerians.

Despite public outcry, the Supreme Council for Shari’ah in Nigeria asked Kano state government to execute the court judgment.

In a statement on Thursday, Ernest Nduka, NBA national publicity secretary, said the association has constituted a two-man fact-finding committee to visit the singer.

He said the action was initiated by Olumide Akpata, NBA president, in response to allegations on social media by Nigerians and calls by members of the association that the federal correctional centre, Kano, denied Sharif-Aminu access to his lawyers.

The committee comprising John Aikpokpo-Martins, NBA first vice president, and Kunle Edun, its national welfare secretary, was mandated to embark on a fact-finding mission to the correctional centre.

Nduka said the committee visited the correctional centre on Wednesday but were denied access to the singer.

He said the NBA national officers found that the singer was not represented by a lawyer during the trial at the Upper Sharia Court, adding that Sharif-Aminu has been denied access to any lawyer since his conviction.

“The NBA National Officers informed the said Second in Command about their mission at the Federal Correctional Centre, Kano. They requested to see Yahaya Sharif-Aminu in order to ascertain the veracity of the allegation that lawyers were not allowed to gain access to him. The said Second in Command informed the said National Officers that he does not have the authority to grant the access sought, but would seek the permission of his boss, the Controller (who was not available as at the time of the visit) before allowing the National Officers access to Yahaya Sharif-Aminu.

“The afore-mentioned National officers were eventually denied access to Yahaya Sharif even after the said Second in Command made the call to his superior.

“The Nigerian Bar Association states that since the visit was a fact finding mission, the NBA shall take further steps in ensuring that Yahaya Sharif-Aminu is given the requisite opportunity to exercise his constitutional right of appeal and his right to be represented by a lawyer of his choice.  It is imperative that Yahaya is granted access to a lawyer of his choice.”

The United Kingdom had opposed the death penalty on the singer, saying people have the right to freely express opinions and peacefully challenge authorities.

But Abdullahi Ganduje, governor of Kano, said he will not waste time in signing the warrant for the execution of the singer.