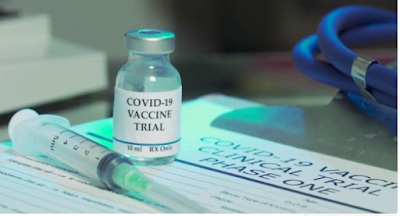 The vaccine is named “Sputnik V” for foreign markets — a reference to the world’s first artificial satellite launched by the Soviets on October 4, 1957.

President Vladimir Putin had earlier announced the country’s approval for the vaccine, developed by Moscow’s Gamaleya Institute, saying his daughter has been vaccinated.

But the vaccine has been received with cautious optimism across the world.

While some health experts say Russia skipped the third and most crucial stage of testing the drug before declaring it fit for human use, the country insists that it followed due health protocol.

The World Health Organisation, which asked Russia to follow established guidelines and go “through all the stages” necessary to develop a safe vaccine, is yet to approve any vaccine for the treatment and prevention of COVID-19.

In a study published by Lancet, a medical journal, on Friday, researchers said Sputnik V recorded early success in its trials.

In the study, the researchers identified two small trials, each involving 38 healthy adults aged between 18 and 60, who were given a two-part immunisation.

Each participant received a dose of the first part of the vaccine and a booster with the second part, which was given after 21 days.

It noted that the participants were monitored for a period of 42 days and it was observed that they all developed antibodies within the first three weeks.

The new paper reports the findings of two open-label, non-randomised phase 1/2 trials looking at a frozen formulation and a freeze-dried formulation of a two-part #COVID19 vaccine (2/8) pic.twitter.com/fcYqgpjfsl

According to the study, the 76 participants will be monitored up to 180 days while a more rigorous third phase clinical trial is underway with the involvement of 40,000 volunteers from different age and risk groups.

It concluded that the data showed that the vaccine is “safe, well-tolerated, and does not cause serious adverse events in healthy adult volunteers.”

But experts have criticised the study over low number of participants used.

Naor Bar-Zeev of Johns Hopkins Bloomberg School of Public Health, who was not involved in the study, said the research was “encouraging but small”.

“Showing safety will be crucial with Covid-19 vaccines, not only for vaccine acceptance but also for trust in vaccination broadly,” he said in a commentary in the Lancet.

“Since vaccines are given to healthy people and, during the COVID-19 pandemic, potentially to everyone after approval following phase 3 trials, safety is paramount.”

The WHO draft on vaccines shows that six of the 26 candidates in clinical trials have got to the third phase of the vaccine trial.

Part of the top candidates include the University of Oxford/AstraZeneca and Pfizer candidates.

Alexey Shebarshin, Russia ambassador to Nigeria, delivered samples of the vaccine to Osagie Ehanire, minister of health, at his office in Abuja on Friday.

There is a race among leading countries to produce a vaccine for COVID-19.

The likeliest time for a vaccine against the disease has been projected to be the third quarter of 2021.