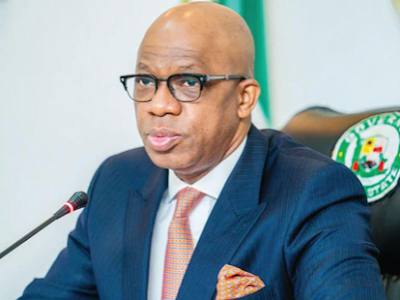 Governor Dapo Abiodun of Ogun State has banned commercials motorcyclists, known as Okada riders from all major roads in the state, starting from 10m on Wednesday tonight till 6am on Friday.

Gov Abiodun also said the operations of all commercial buses are also suspended from the same time till Friday morning.

The Governor, in a statement signed by his Chief Press Secretary, Kunle Somorin on Wednesday, said these are parts of additional safety measures to ensure that the 60th Nigeria Independence “is celebrated in an atmosphere of peace and security.”

Abiodun added further that there will be 10pm to 6am curfew for two days from Wednesday till Friday.

According to him, taxi cabs are permitted to operate within the hours outside the daily curfew period, saying, however, that the number of passengers remains a maximum of three.

In order to obey COVID-19 protocols, the Ogun State Government said it has opted for a low-key celebration of the 60th Independence anniversary.

The statement by Somorin confirms that Abiodun has relocated venue of activities earlier scheduled to hold at the June 12 Cultural Centre, Kuto, to the Arcade Ground of the State Secretariat, Oke-Mosan, all in Abeokuta.

It was stated that admission to the venue will be strictly by invitation as “security and other aides of invited guests will not be allowed into the premises.”

“All attendees at the function are to observe the COVID-19 protocols, including wearing of face masks to protect themselves and their loved ones.

“All forms of gathering in the state, except the State announced Independence Day Anniversary programme, are restricted to a maximum of 20 persons from 10.00pm tonight till 6.00am on Friday. No procession whatsoever is allowed.

“Owners and operators of hotels, suites, guest houses, motels, and such establishments providing accommodation should note that the restriction on operations has not been lifted.

“The police, military and all security agencies have been directed to enforce these measures,” it was said.

Meanwhile, Abiodun has congratulated all Nigerians on the occasion, while advising them to celebrate quietly at home and pray for the country.