Obesere: l don’t have any issue with Kwam 1 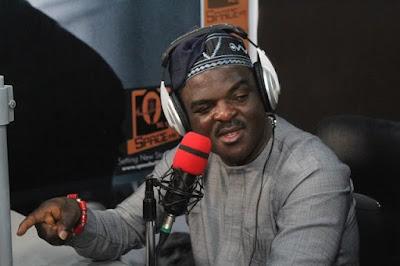 Abass Akande Obesere, Nigerian Fuji star, says he is not at loggerheads with Ayinde Wasiu, fellow singer, as rumoured in some quarters.

Obesere spoke when he appeared on Parrot Xtra Hour, a programme on Space 90.1 FM, in Ibadan, Oyo state, on Tuesday.

The ace musician explained that speculations of a potential rift between him and Wasiu, better known Kwam 1, swirled when he was about to be installed as the Bobagunwa of Yoruba land.

The ‘Egungun be Careful’ crooner said he had received a letter nominating him as the bobagunwa and then directed to meet the Olubadan of Ibadan so the king can authorise the title.

But on getting to the monarch’s palace, he said he was asked to meet Wasiu for his approval before he could be confirmed with the title.

Obesere, however, said he refused the directive “because he believed he could stand by his own reputation and his achievements and could not depend on anyone.”

He added that his refusal to meet Kwam 1 was further informed by the fact that the latter was not from Ibadan.

“The Olubadan is my father. I have a cordial relationship with him. I pray that he stays long on the throne of his fathers. Kabiyesi is my father. I got a letter to be made a chief. The Olubadan’s Palace said I should go to King Wasiu Ayinde Marshall and that if he consents to it, I would be installed. I said I could not. He was not even from Ibadan,” he said.

“So, I was happy when I was installed as the Bobagunwa of Yoruba land. It is not about Ibadan alone. It is about the whole of Yoruba land. I have a cordial relationship with the Olubadan of Ibadan land. No one dares look him in the face. I can’t do so too.”

The singer said his refusal to meet the Mayegun of Yoruba land should not be interpreted to mean the two were not in good terms.

“I don’t have any issue with Kwam 1. He is the Mayegun of Yoruba land. It is good, everyone must believe his own is the best. One must emulate good things. It is good for everyone to get what he deserves,” he said.

“No one is even above mistake that is why an Alfa will tell you to listen to God’s injunction rather than find fault with an Alfa”.