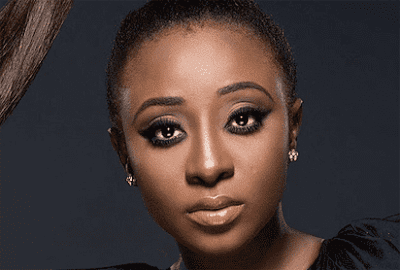 As women continue to be a relegated to the back burner in many areas in the political space in Nigeria, the National Democratic Institute, NDI, yesterday, unveiled Nollywood Star, Ini Edo, as its Women’s Empowerment Ambassador to tackle some of these challenges.

The Country Director, NDI, Nigeria, Dr Steve Snook, who did the unveiling via webinar said, Edo will create awareness around the challenges women encounter that limit their participation in democracy, and the electoral process.

According to Snook, she will support citizens throughout Nigeria to join the cause for increased participation of women in electoral and democratic processes.

NDI also disclosed that following the declining opportunities for women to participate in Nigeria’s political and electoral spaces, it is been supported by the United States Agency for International Development, USAID, is supporting tow initiatives aimed at increasing women’s representation in public office.

Under the Supporting Advancement of Gender Equality, SAGE, initiative, NDI is working with prominent Nigerians and Nigerian-led organizations to remove barriers to women’s political participation by advocating for reforms of Nigerian laws and political party policies and procedures.

According to NDI the second initiative seeks to address and mitigate gender-based violence, particularly around elections, to reduce the barriers women face to their participation in politics and elections.

Snook said, “To comprehensively address the barriers to women’s equal participation, we need strong advocates who will not back down from the challenge. We are proud to welcome Ini Edo as an Ambassador to our programme, who will raise awareness and support women’s political participation all cross Nigeria.”

Meanwhile, the new NDI Ambassador, Ini Edo, said in a remark that part of what she intends to galvanise women’s participation in politics and other areas of their lives is to use her platform to send messages across that would encourage women, which will make them understand their worth and relevance in the political space, and should not limit themselves to a corner despite their population that dictates the political process in the country.

“Like I said in my speech, part of the things I will  like to do using my platform is to send these messages across and to also encourage  women to make them understand that they are been looked at for and there is  nothing to be afraid of.

“I will use my platform to try influence policies that allows women to have the same right to partake in politics and policy making. So my platform is one that is going to empower women both young and old to first of all be able to combat that fear of violence.

“We will use our platform to reach out the government and make them understand that we need a law that protects us as women, we have the same liberty to a part of the country’s development.

“So like I said tomorrow we are going to make short videos which I will use my platform to push to encourage young people to get into politics and policy making and to also protect us as a gender”, she said.

According to her she will be supporting NDI as its Ambassador to address the problem of violence against women, especially during elections.

“Women who who run as candidates for office are viciously attacked in social media. They are subjected horrible insults no person should have to endure. Even more seriously, women candidates have been physically attacked, and even murdered as recently as this year. In some places in our country the threat of violence is so severe that women are afraid to go out and vote. This deliberate attempt to silence and exclude women is intolerable.

On her engagements, she noted that COVID-19 poses challenges in my role as NDI’s Ambassador, which she disclosed that she will be limited to appearing on radio and television shows, and posting supportive messages on her social media platforms.

sensitization programme will be used to make women understand the effect of not voting with their conscience, and also to dissuade the ideas of people voting out of sentiments, intimidation, and others.

“We will try to do a sensitization programme where we can let them understand the effect of not voting with your conscience. We have to dissuade the ideas of people voting out of sentiments, intimidation and so on.

“So if the government is able to provide a safe environment where women can vote without fear or favour and sensitizing them to understand that the change we are all looking for especially as a gender has to start from us, it also start from who you vote for, so it is important to come out and get your voice out there and vote for who you feel can bring the change that we are all seeking.

“We will try in my capacity to do campaigns where women can understand their role and how it is important for us to have a voice and our vote”, she added.