Luis Suarez in shock move to join Ronaldo at Juventus 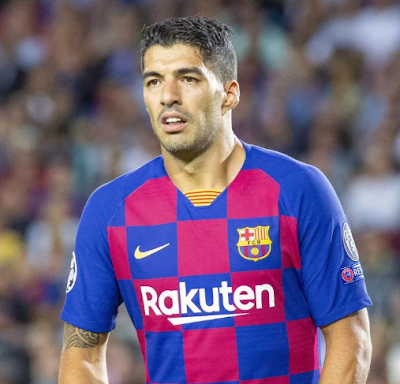 Juventus are reportedly lining up a shock move for Barcelona striker, Luis Suarez.

Suarez’s future at Barcelona is unclear, following the club’s disastrous 8-2 defeat against Bayern Munich in the 2019/20 Champions League last month.

Barcelona had put Suarez up for sale with some other senior players after their exit from the Champions League.

According to Gianluca Di Marzio, Juventus have made contact with Suarez’s representatives about a possible transfer for the forward.

The report added that the Serie A champions and Suarez also reached an agreement on personal terms for the Uruguay international to join forward, Cristiano Ronaldo at the Turin club this summer.

Juventus will now have to reach an agreement with Barcelona to finalize the deal for the former Liverpool hitman.

Suárez still has 12 months left in his current contract with Barcelona, although it is known that the new Blaugrana coach, Ronald Koeman, does not want him this season.

The 33-year-old is also attracting interest from Ajax.