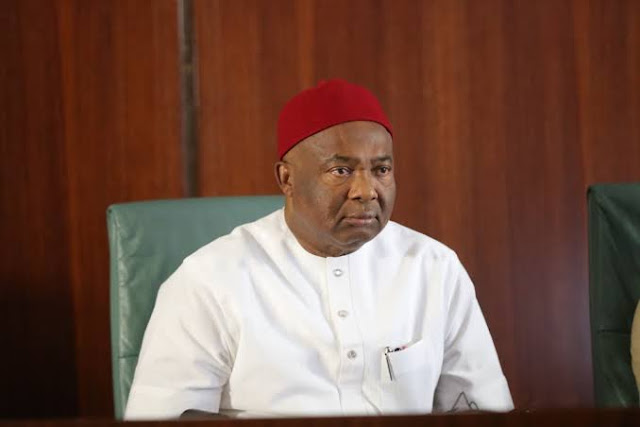 Pensioners in Imo State have accused the Governor, Hope Uzodinma of molesting them, using the Department of State Services, DSS.

The retirees, who recently protested their unpaid pension arrears, said that the state Governor was wrong to direct officers of the DSS to intimidate them and stop them from fighting for their right.

Amaechi Ohaneje, the chairman of Imo Pension Intervention Committee (PIC), in an interview said that the DSS recently invited and warned them to stop the protests they usually held every Tuesday, accusing them of disturbing the peaceful nature of the State.

“We, however, decided to establish the committee as a means of rally for our pension. After we were attacked by thugs during our protest earlier August, the DSS invited us, the committee.

“They held us for four hours and accused us of disturbing the relative peace in the State. They warned that we would be arrested if we continued protesting.

“We have written to them explaining the reason for our protest, they seemed to pity us but suddenly changed their minds. We pleaded with them to allow us press home our demand but they seemed to be compromised by the Governor,” he said.

He disclosed that over 49 pensioners have died of hunger and other health challenges since the Governor assumed office in January.

He further accused the Governor of making irregular payment against his promise to start paying by last June.

“Payments are made in badges, some will receive for two months, another set will get one month while some have not received at all.

“By estimation, only 40 per cent of the pension has been paid. This is very unfair. The Governor should stop handling the payment himself. He should hand it over to the office of the Accountant General.

“The state has about 24,962 verified pensioners but many of us are owed over five years arrears by the previous government of Rochas Okorocha,” he said.

Reacting to this, the State’s Commissioner for Information, Declan Emelumba said that the chairman of PIC and the secretary were mercenaries being used to cause disharmony in the State, describing them as supporters of the ousted Governor, Emeka Ihedioha whose target is to destabilize the current government.

Meanwhile, the Director of DSS in the State, Iquo Arthur-Worrey has denied any intimidation of the protesting pensioners by the security agency, asking them not to drag the DSS into the issue.