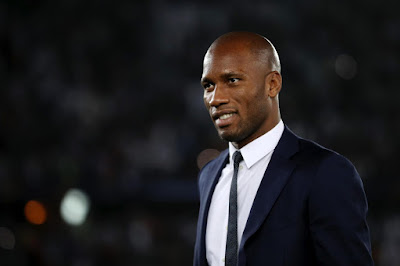 The statement read “Didier is a hero to millions of football fans for his achievements throughout his glittering playing career.

“He is a leader and will be remembered as a player for his skill, strength and intelligence, but above all, for his insatiable appetite to succeed, a trait which is just as present in his desire to help others off the field of play.

“The UEFA Champions League has become the greatest club competition in the world, partly due to our clubs being able to attract the best players from around the world.

“We have been lucky to have seen the likes of George Weah, Samuel Eto’o and Didier Drogba play at the very highest level.

“They, in turn, have blazed a trail for African footballers and have given inspiration to a whole new generation who look to follow in their footsteps.”

The 42-year-old is the second African-born winner of the President’s Award after the great Eusébio, who received the accolade in 2009.

He began his career in France where he played for Le Mans, Guingamp and Marseille.

However, following his move to Chelsea, he established himself as one of the greatest forwards of the 21st century.

The UEFA President’s Award will be presented to him in Geneva during Thursday’s UEFA Champions League draw. 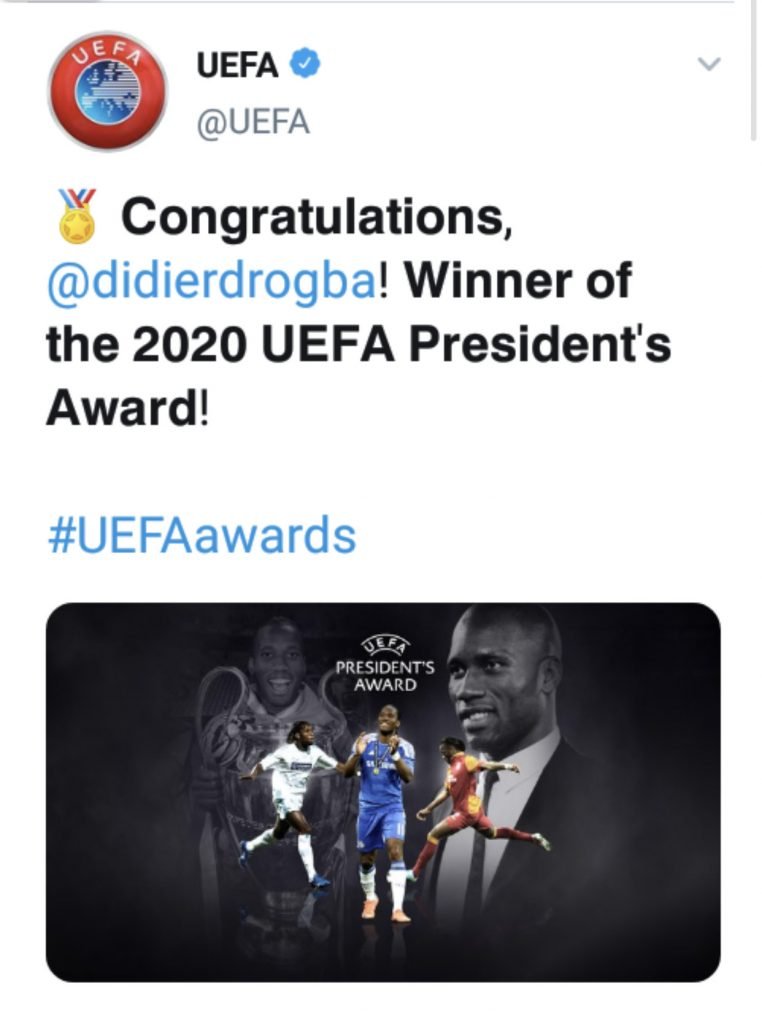