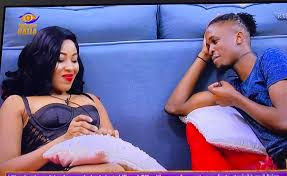 The fundraiser initiated for Erica, an ex-housemate of BBNaija season five, has hit N25.3 million — a sum which is just N4.7 million less than the reality show winner’s cash prize.

Erica was disqualified from the ‘Lockdown’ house after she received her third and final strike.

Her disqualification had come after she was found guilty of goading, threatening a housemate, and interfering with the production process due to her verbal exchange with Laycon.

Following her exit, Erica’s fans had launched a campaign on September 6 via GoFundMe towards helping her achieve “her hopes and aspirations.”

“For Erica Nlewedim, the star of BBNaija season 5, Lockdown edition whose journey on the show came to an emotional end – To realize some of her hopes and aspirations,” the post on the platform read.

In a recent interview, Erica said she didn’t dwell on her status as an established actress because she had yet to be at par with her mentors.

“People know me from BBNaija but I’m an actress. I’ve done movies. I’m a very ambitious person. I didn’t feel like I was a star because what I consider a star was like at the top level,” she said.

“Most of those I consider stars, I didn’t feel like I was up to their level. I didn’t feel the need to brag about anything because if I’m bragging, what should those I look up to do?

“Of course I spoke about what I do and the fact that I’d done a number of movies. I spoke of my experience but I just didn’t make too much noise about it because I’m naturally humble.”