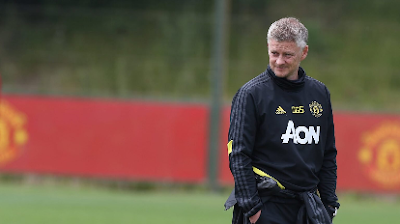 Manchester United manager, Ole Gunnar Solskjaer, has said the club is still looking to bolster the squad, after they booked their spot in the fourth round of the Carabao Cup.

Juan Mata, Marcus Rashford and Mason Greenwood all scored on Tuesday night, to hand United a 3-0 win at Luton Town.

Solskjaer’s men began the campaign with a 3-1 home defeat against Crystal Palace.

That defeat cast a cloud over the start of United’s season and Luke Shaw called for the club to make further signings.

Donny van de Beek remains the club’s only signing so far and Solskjaer had earmarked making as many as four new players in discussions with the club before the window opened.

With just two weeks left before the window closes, United are running out of time to add to their squad.

“We’re working with the ones we have [right now].

“Let’s see what happens. We’ll give you updates if there is something,” Solskjaer said after the game.