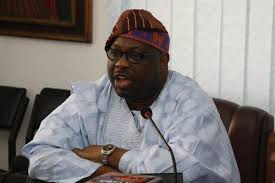 Dele Momodu, journalist and former presidential candidate, says Nigeria’s foreign policy under the leadership of President Muhammadu Buhari is the weakest that he knows.

In an interview with PUNCH, Momodu who condemned the ill treatment meted out to Nigerians in Ghana, said the president is handling the issue with levity.

He said Buhari lacks understanding in terms of foreign policy and has not been receiving the necessary advice.

“A lot of people have complained that a lot of the ministers don’t see President Buhari and he himself actually gave a hint when he said during the time of mallam Abba Kyari, his late chief of staff, that they should go through his chief of staff. That is part of the problem,” he said.

“If you have a president that is accessible, who they can explain these things to and he would understand them, that would have helped.

“Also, speaker of the house of representatives, Femi Gbajabiamila, would not have gone to Ghana if he had not got a tacit approval from the presidency.

“If the President had told him that Ghana was maltreating our people and that we couldn’t go there now until the issues were resolved, he wouldn’t have gone.

“So, nobody would try such with Obasanjo; it’s not possible, because he understands foreign policy. But, perhaps, if any president in Africa calls him (President Buhari) and massages his ego and tells him, ‘Baba, the issue is not like that,’ he would believe them because foreign policy is not his forte.

“If this interview gets to his desk, I’m hoping that as someone who supported him in the past, he would allow his officials or knowledgeable people to help him. He has a lot of bright minds in his cabinet.

“You have a vice-president who would have handled all these things for you perfectly, but if you don’t give him that task, he can’t go there on his own.

“People like (Babatunde) Fashola, who used to go to Ghana to play football as the chief of staff to former governor Tinubu, are there too.

Momodu explained that diplomacy is not about nice words but about “reciprocity”, noting that Nigeria is “not pursuing diplomacy of reciprocity” which is why other countries take advantage of her “weakness”.

“If I were Buhari, last week I would have suspended our relationship with ECOWAS; let all the presidents in ECOWAS go and talk to their colleague in Ghana to relax. Like I said, diplomacy is not about nice words,” Momodu said.

“I felt depressed and scandalised when I read that the speaker of the house of representatives, Hon. Femi Gbajabiamiala, was travelling to Ghana. There is nothing wrong with going to Ghana but not in the middle of this crisis, unless there was a guarantee that before he would leave Accra, they would have opened the shops.

“If a country is hostile to you, this could have been the best opportunity to tell them that even if you are invited to a parliamentary session, you tell them you are sorry, you are not able to come. That is what Donald Trump and people like that would have done. They would cancel it and send a strong message.

“Nigeria has refused to send any strong message to any country. The worst of it was South Africa, not even Ghana. People died, yet they would invite your president to come and they will be doing a brigade of guards.”

He added that another reason Nigerians are disrespected globally “is that they know we amount to nothing in our own country”.

“Why are people running away in droves? If their home country is good, many people will likely not go to Ghana,” he added.

Momodu appealed to the federal government to set up an intervention fund to help Nigerians in Ghana who have been affected by the closure of shops.