BBNaija 2020: Nigerians react as Erica gets disqualified from reality show 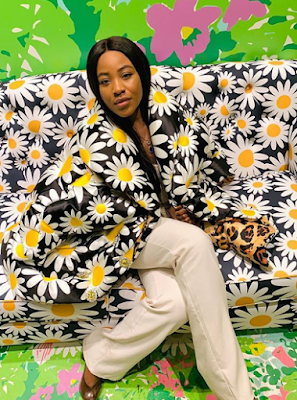 Some Nigerians have reacted to the disqualification of BBNaija housemate, Erica, from the lockdown house.

Erica was disqualified after Biggie issued her third strike for breaking house rules.

She was shown the exit door for bullying and defacing Big Brother property.

Her disqualification from the show has led to reactions from fans and viewers on Twitter.

Here are some comments gathered;

@Islinfit “Neo got a final warning and Erica disqualified as expected. Biggie got this one right. Alcohol or not, bad behavior is bad behavior and should be condemned. Wishing her all the best in her future endeavors.”

@TweetOracle “I feel so sad that Erica has been disqualified from #BBNaija. She really had a solid game this season. It’s such a sad taste that it had to end this way for her. But I have no doubt that she will bounce back, Bigger and better. I wish her all the amazing BEST for the future.”

@Omojuwa “I really hate to see Erica disqualified. She was right behind Laycon on the likelihood to win it list.”

@Miztem2 “ Erica is disqualified …. Hope she learns to mind how she talks. She still doesn’t feel remorseful though.”

•You cannot interfere with the camera crew and production process.

•You cannot harass, threaten or issue people with promises to kill them.This is good for the game.

It preserves the integrity of the show.”

@TheBabatee “ Biggie has disqualified Erica and not a single soul is surprised. Yaba left is where she supposed to be, not Ilupeju. Total embarrassment to her fans, they deserve better. She shouldn’t even try to go the Tacha lane.”

@IamEstah “ Erica has just been disqualified! I really wanted her to stay and witness Laycon win the prize!

@TheHolyman “ Now that Erica has been Disqualified By Biggie, Dear Erica fans you should start rooting for Laycon so you won’t lose on both sides.”

@DanielChima “ Erica disqualified from #BBNaija house. She lost focus of the game and it landed u in mess. Why I love that girl Dorathy in that house.”