BBNaija 2020: Erica messed up because of man, Laycon has moved on – Dorathy tells Ozo 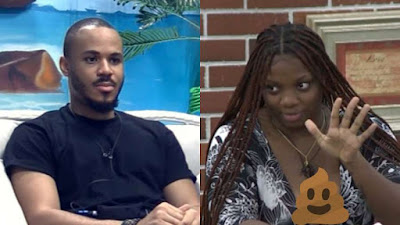 Lastnight, Erica caused drama and made derogatory comments at Laycon, Prince and Dorathy.

This was because she claimed that Laycon refused to prove beyond reasonable doubt that she tried to kiss him severally. Laycon remained silent.

She also poured water on the Head of House (HoH) bed while threatening Prince who is her deputy not to share the bed with her which is against the rules of the house.

Reacting to her attitude lastnight, Dorathy in a conversation with Ozo said Erica has lost sef control and forgotten why she’s in the house.

Dorathy wondered how she would pour water on the bed deliberately after Kiddwaya told her the rules.

According to her, she believed Erica may be acting because the situation about Laycon is not a serious issue to necessitate such drama.

Dorathy to Ozo: “Erica has forgotten why she’s here. See how you went quietly to bed when you knew you were drunk.

“That’s not the time to start attacking anyone, she knows alcohol gets to her but would still drink it and lose control.

“It’s not that deep, and the root of everything is man. The way Laycon said it is not how she’s taking it everybody has moved in from that situation.

“If the root of this problem is man, I want to believe she’s acting because this issue on ground cannot be the reason why she’s acting.”