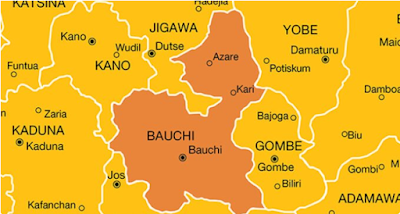 The Bauchi state police command has arrested one Yusuf Bako for allegedly raping a four-year-old girl inside a mosque.

In a statement on Saturday, Ahmed Wakili, public relations officer of the state police command, said the 50-year-old suspect was rescued and rearrested while he was being attacked by a mob following the incident.

“On September 3, 2020, at about 11:30 am, one Jamilu Abdullahi, male, of Igbo quarters, reported at the township police station that on the same date at about 9.20 am, a mob was beating an unknown person on Aminu street and a team of police officers moved to the scene and rescued the suspect with varying degrees of injuries,” Wakili said.

“He was subsequently taken to the hospital for treatment. He was identified as Yusuf Bako, male, (50) of Yakubu Wanka street, Bauchi.

“He lured one Hauwa’u Jamilu, female, (4) to a mosque located on Aminu street and had carnal knowledge of her.

“Yusuf Bako confessed to the crime.”

Upon interrogation, Wakili said it was discovered the suspect was previously convicted for the same offence in 2001 and 2015, but was one of those who got pardoned by the governor during the coronavirus pandemic.

In April, Bala Muhammed, Bauchi governor, had granted pardon to 69 inmates across the state, as part of efforts to decongest prison facilities to limit the spread of COVID-19.