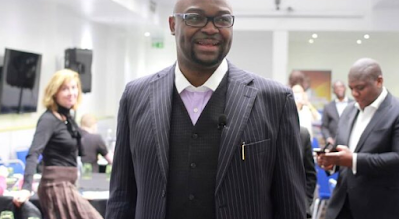 Charles Omole, a global expert in law enforcement jurisprudence, says the Corporate Affairs Commission (CAC) can appoint “an Alhaji” (a Muslim) as the interim manager of a church under the provisions of the Companies and Allied Matters Act (CAMA, 2020).

Omole, who said the Act was not to persecute the church, added that the Christian Association of Nigeria (CAN) should draft an implementation guideline for CAC to protect the church.

According to him, Nigerians should not oppose “a fairly good legislation because of a government is there that we don’t like”. He added that a government they people may like in the future would benefit from the Act.

He said the law was not clear on some very important points including who would be the interim manager of a church whose trustees have been suspended.

“There are a few things that are not clear in the law. For example, if you appoint interim managers over a church, who pays their salary, who pays their fees, the legislation is silent on that, is it the government that appointed them or is it the charity that they are overseeing?” he asked.

“Number 2, if you want to appoint an interim manager over AB church, do you appoint Alhaji AB as the interim manager for the church? You see where I’m coming from here, the law is blank on all these things.

“So there are sensitivities that have to be reflected here. So do you appoint an Alhaji to be the interim manager over AB church? I mean if they do that, it’s technically legal, but it is a senseless move. So there are things in the operational guidelines and implementation that CAC, corporate affairs commission, can bring out to allay a lot of fears here.”

OMOLE: WHAT CAN SHOULD DO

While speaking with Poju Oyemade, senior pastor at The Covenant Nation, Omole advised that the Christian Association of Nigeria (CAN) should draw up guidelines for the implementation of CAMA, and share with CAC.

He argued that both bodies could reach an agreement on implementation, adding that he does not foresee an amendment to the Act by the ninth assembly.

“CAN or any other body can come together and draft a guideline and give it to CAC to say ‘okay, here is what we did earlier’. For example, few weeks ago when the infectious diseases bill came out,  I felt that was not the right bill, so I went through the entire 70 pages of the bill, drafted a new bill, making all the changes and I put it out there.

“Within 3 days, I got contact from somebody from the office of the speaker. About a week later, it was the speaker himself on my phone. I don’t want to discuss what we discussed, but the point I am making is that mine became a baseline that they can’t go below.

“So rather than just complaining, we can draft a possible guideline, to say CAMA is the law of the land, this is how we think it should be implemented. It doesn’t mean CAC will adopt it hook, line, and sinker, but CAC might adopt 80 percent of it.

“Or we influence and lobby to have provisions in there, for instance, the law doesn’t say who can be appointed as the interim manager, which technically means, Corporate Affairs Commission can employ an Alhaji to be the independent examiner over a church.

‘TO BE FREE FROM THIS, CHURCHES CAN REGISTER AS A BUSINESS’

He called on the church to start “monitoring what happens in the legislature” before bills become laws.

Omole, also sit as a Judge in the London Circuit of the British Judiciary, said any church that wants to be free from this portion of the CAMA 2020 can register as a business, pay taxes — and the government would not be able to sack its trustees.

“You can just be a business, pay your tax, and you are completely out of the hook of these provisions”.

Numerous religious bodies in Nigeria, including the Pentecostal Fellowship of Nigeria (PFN), have rejected some provisions of the act, calling for a review.

Vice President Yemi Osinbajo has asked the religious leaders to approach the national assembly for amendments.