‘We only have stupid answers, not questions’ – Presidency mocks Fani-Kayode 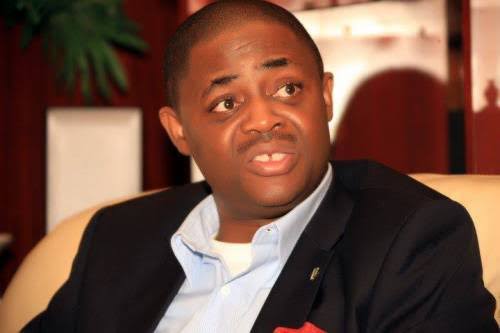 President Muhammadu Buhari’s Senior Special Assistant on Media and Publicity, Garba Shehu said there was no stupid question in Journalism.

According to Shehu, the basics in journalism indicate that there are only stupid answers and not questions.

In a tweet, Shehu wrote: “In journalism 101, you learn that there is no stupid question, only stupid answers. A former Nigerian minister just brought home this lesson.”

Recall that Fani-Kayode had verbally attacked Eyo for asking for the sponsors of his tour.

The former minister had claimed that Eyo was fronting for his political enemies who were out to embarrass him. 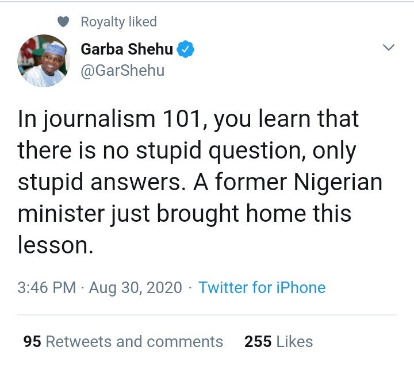