US, Trump trying to steal TikTok for Microsoft – China alleges 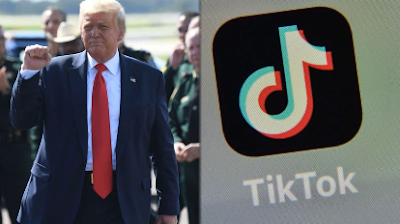 China has vowed to reject America’s “theft” of TikTok.

Intelligence officials warned that the app, owned by Chinese firm ByteDance, could be used to collect the personal data of United States nationals.

President Donald Trump had announced that he was ready to sign an executive order banning the app.

Earlier, Secretary of State, Mike Pompeo, hinted that actions would be taken against TikTok and other Chinese companies believed to share data with the Chinese government.


On Tuesday, China accused the Trump administration of pressuring ByteDance to sell its U.S. operations to Microsoft or risk closure, Dpa reports.

The pressure amounts to a “smash and grab,” state-run China Daily newspaper wrote.

It said while Beijing will likely be “cautious” in imposing equivalent restrictions on U.S. companies in China, it has “plenty of ways” to retaliate.

On Monday, Microsoft said it was in discussions with ByteDance to buy parts of TikTok after Trump gave the companies 45 days to reach a deal.

ByteDance, in a statement on Sunday, assured that it remained committed to its vision despite “complex and unimaginable difficulties” including the “tense” international political environment.