‘May karma find you all’ — family of man who died of COVID-19 blames Trump, ‘selfish people’ 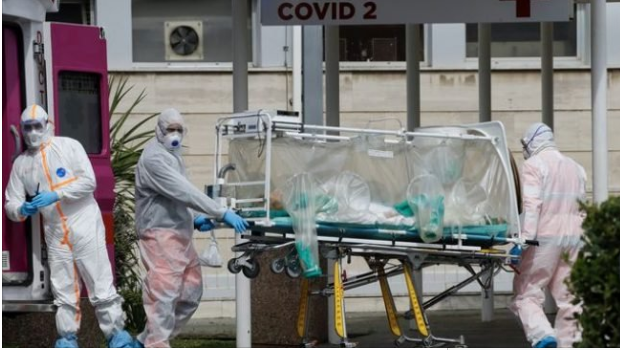 The family of David Nagy, a resident of Texas, US, says selfish people who failed to observe COVID-19 safety guidelines are to blame for his death.

The family, in an obituary published in the Jefferson Jimplecute, also blamed US President Donald Trump and Greg Abbott, governor of Texas, “and all the other politicians who did not take this pandemic seriously and were more concerned with their popularity and votes than lives” for his demise.

According to the family, Nagy’s death was needless as he “did everything he was supposed to do”.

The obituary read: “Also to blame are the many ignorant, self centered and selfish people who refused to follow the advice of the medical practitioners, believing their ‘right’ not to wear a mask was more important than killing innocent people.

“A statement issued by the family declared that Dave did everything he was supposed to do, but you did not. Shame on all of you, and may karma find you all!” 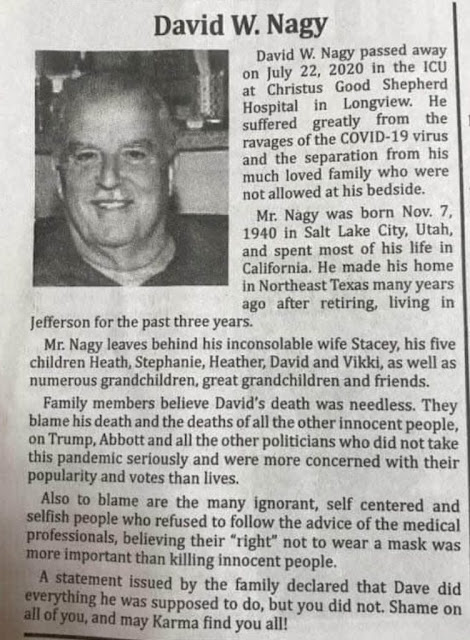 According to Snopes, Stacey, his wife, said David “suffered greatly from the ravages of the COVlD-19 virus”, and that his suffering was worsened by the absence of his family at his bedside.

“It gets me so angry that people are aren’t taking this seriously. The people who are dying are the older people especially — a lot of younger people are dying too — but it’s almost like they’re saying, ‘Who cares about the older people?’ I’ve been with my husband for 20 years and all of a sudden he’s gone. People should know how this makes others feel,” she was quoted to have said.

“I miss my husband dearly. I’m taking one day at a time to just try to keep going. When I wrote that thing, it was because of him. I don’t want his death just to disappear. I wrote that and partially, it keeps him alive for me.”

So far, more than four million people have tested positive for COVID-19 in the US, out of which over 150,000 deaths have been recorded.