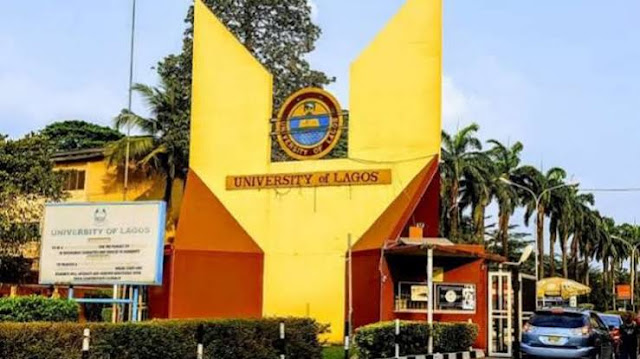 The Federal Government, Wednesday, inaugurated the Presidential Visitation Panel it set up last week to look into the crisis rocking the University of Lagos (UNILAG), following the earlier removal of its Vice Chancellor, Prof. Oluwatoyin Ogundipe, by the University’s governing council.

Minister of Education, Mallam Adamu Adamu, who inaugurated the panel headed by Prof. Tukur Sa’ad, on behalf of President Muhammad Buhari, in his office, however, warned members against interference with the activities of the university management.

But he urged “all stakeholders in the University of Lagos to fully cooperate with the panel and to allow it to work unhindered.

“I am confident that, as members, you will bring to bear your expertise in university administration in the discharge of this task, in order to bring the institution back to the path of progress and greatness.”

The minister, who noted that “Councils are to lay down policies while managements are to implement them”, regretted that: “Over the past one year, the ministry has been inundated with complaints and correspondences from the management and the governing council of the University of Lagos as well as the National Assembly, on lingering governance issues in the institution, including allegations of financial infractions and breach of responsibilities.”

He insisted that like he said about a month ago when he inaugurated the reconstituted governing councils of 13 federal universities, chairmen and members of the council must ensure that they do not interfere with the day-to-day administrative activities of their respective university managements.

Recalling the crisis that bedeviled the University of Lagos, Mallam Adamu regretted that, “The face-off has lingered on unabated, in spite of several interventions by the leadership of the Federal Ministry of Education, many stakeholders and the National Universities Commission [NUC), eventually leading to the removal of Professor Oluwatoyin Temitayo Ogundipe as Vice Chancellor by the University Governing Council during its meeting of Wednesday, 12th August 2020.”

Adamu who noted that the university “governing council thereafter appointed an acting vice-chancellor to fill the void”, however, regretted that “the decision of the council, instead of stabilising the University of Lagos, only managed to open up a plethora of accusations and counter-accusations.”

“Due process was alleged not to have been followed in the removal and appointment of the vice-chancellor and the acting vice-chancellor, respectively.

“This led to the widespread protests, outright rejection, and lack of acceptability of the acting vice-chancellor by the university community.

“The President and Visitor to the University, after due consideration of the report of the crisis in the university, particularly the polarization and unhealthy relationship between the Vice-Chancellor and the chairman and pro-chancellor and some members of the governing council, approved the constitution of a seven-man Special Visitation Panel to the institution,” he added.

According to him, “The (UNILAG visitation) panel is expected to look into the crisis in the university and submit recommendations towards repositioning the institution to its pride of place in the Nigerian university system.”

“The chairman and members of the panel were carefully selected in recognition of their integrity, track records, and antecedents in university management and leadership,” Adamu explained.

The terms of the reference of the UNILAG Special Visitation Panel are as follows:” To view the report of the Council Sub-Committee on Review of the Expenditure of the University of Lagos since May, 2017 and make appropriate recommendations, after affording all those indicted an opportunity to defend themselves;

“To examine the steps taken by the council leading to the removal of the vice-chancellor, Prof. Oluwatoyin Temitope Ogundipe, and ascertain whether due process was followed as stipulated in the Universities (Miscellaneous Provisions) (Amendment) Act, 2003, and the principle of fair hearing adhered to;

“To determine whether the process (if any) leading to the appointment of the acting vice~chancellor for the university was consistent with the provisions of the enabling Act;

“To make appropriate recommendations, including sanctions for all those found culpable by the Special Visitation Team, on the allegations contained in the report as well as other subsequent actions arising therefrom; and

“To make any recommendations that will assist government to make decisions that will ensure peaceful, stable, and effective administration of the university.”

The panel is expected to conclude its assignment and submit its report within two weeks from the day of inauguration.

He assured that the panel would strictly stick to its responsibility, saying members will justify the confidence reposed in them by the president.