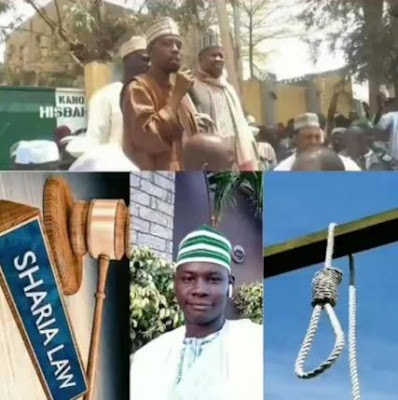 The United Kingdom has joined the call for observation of human rights in Kano on Wednesday as it opposes the death sentence passed on a Kano musician, Yahaya Sharif-Aminu, by a Shari’a court.

The Shari’a court had penultimate Monday imposed the death sentence on Sharif-Aminu, aged 22, for committing blasphemy against Prophet Mohammed in a song he circulated via WhatsApp.

It also sentenced a 13-year-old boy, Umar Farouq, to 10 years in prison for making derogatory statements toward Allah in an argument with a friend.

The British High Commission in Nigeria maintained that individuals had the right to freely express opinions and peacefully challenge authorities, noting that this was essential to a free and open society.

Commenting on the sentence on Wednesday, the commission said it would continue to monitor the situation.

“The United Kingdom is firmly committed to promoting and protecting the right to freedom of religion or belief around the world, and to being a strong voice internationally in defence of this fundamental right.

“We believe that the rights of individuals to express opinions and peacefully challenge authorities are essential to a free and open society. We will continue to monitor the situation closely. It is a longstanding policy of the UK Government to oppose the death penalty, in all circumstances, as a matter of principle.”, Ogunmodede said.

Meanwhile, the United States Commission on International Religious Freedom also condemned the blasphemy laws in Nigeria and has faulted the judgment of an Upper Sharia Court in Kano.