I’m president because of Obama and Joe Biden – Donald Trump 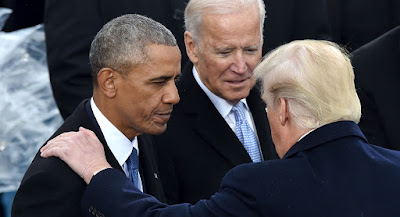 President Donald Trump on Wednesday fired back angrily at his predecessor Barack Obama after being branded an unserious president who had put US democracy in danger.

Trump told reporters Obama was an “ineffective” and “terrible” leader.

“I see the horror that he’s left us, the stupidity of the transactions that he made,” Trump said.

Obama is due to speak to the Democratic convention later, accusing Trump of never showing “interest in taking the job seriously,” according to excerpts of his speech.