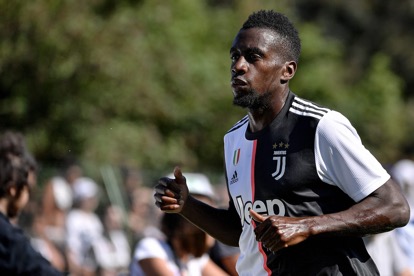 Juventus have announced the departure of France International, Blaise Matuidi.

Matuidi, who joined the club in August 2017, is parting with the Old Lady by mutual consent after three years.

The 33-year-old joined the Turin giants from Paris Saint-Germain and is now set for the United States to join David Beckham’s MLS side Inter Miami.

The club’s statement said, “Blaise Matuidi and Juventus say goodbye with the consensual termination of the player’s contract.

“With our colours on his back, he fought and played his heart out in every single game; placing constant pressure on the opponents, tearing apart the run of play and ever so eloquently relaunching the ball into action.”

While in Turin, the box-box midfielder played 33 games in all competitions, winning three Serie A titles, one Italian Cup and the Italian Super Cup.

Confirming his departure, Matuidi wrote on Instagram, “To have been a member of the Juventus family is a dream come true, an honour.

“I will always remain your number 1 fan, or rather number 14. Thank you Juventus, a very real thank you.”

Matuidi was a member of the French team that won the 2018 World Cup in Russia.