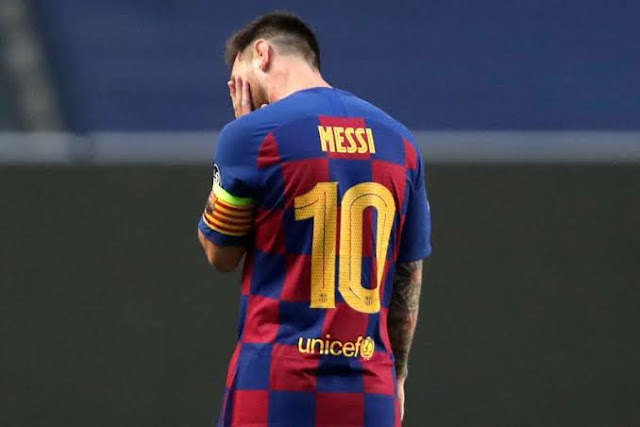 Barcelona captain, Lionel Messi, has reportedly told the club on Sunday that he wants to leave Camp Nou this summer, according to Esporte Interativo.

Messi is not happy with the lack of dedication from the Barcelona squad and the way the Blaugrana board are running the club.

This follows their chaotic 8-2 defeat to Bayern Munich in the Champions League quarter-finals on Friday night in Portugal.

Messi’s contract with Barcelona will end in June 2021.

The Argentine captain can leave Barca for free once his contract expires.

Ferdinand feels Messi can’t waste the rest of his playing years with the LaLiga giants.