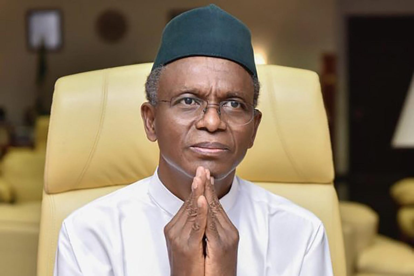 Governor Nasir El-Rufai of Kaduna State on Sunday insisted that the incessant Southern Kaduna crisis will stop when people in the region are willing to embrace peace.

El-Rufai said that no number of military troops can resolve the crisis in Southern Kaduna, adding that it is far more complicated than what is obtained in other parts of Nigeria.

Appearing on Channels TV’s Sunday Politics, the governor also vowed to deal with perpetrators of crimes in the region, adding that crises in Kaduna are a mix of ethno religious reasons and banditry.

According to El-Rufai: “The Southern Kaduna crisis is far more complicated than what we have in other parts of Nigeria.

“We are not afraid of anybody, no matter how high or low; we would deal with anyone; no one is above the law.

“Southern Kaduna people want anyone who is not from there to be treated as second class citizens.

“All Nigerians are free to live anywhere in the country, and I am ready to protect my people.

“Unless people are willing to embrace peace, no number of military troops can resolve the issues.

“Southern Kaduna elites have their narratives about the crises.

“The crisis in Kaduna is a mix of ethno religious reasons, and banditry has now been added to it.

“I would like to see a situation where perpetrators of these crimes are sanctioned and even hanged.

“The bandits do not discriminate against anyone; they attack any ethnic group.”

Meanwhile, the Nigerian Air Force (NAF) on Sunday deployed an additional 32 special forces to support Operation Safe Haven being executed by the military to restore normalcy in southern Kaduna.