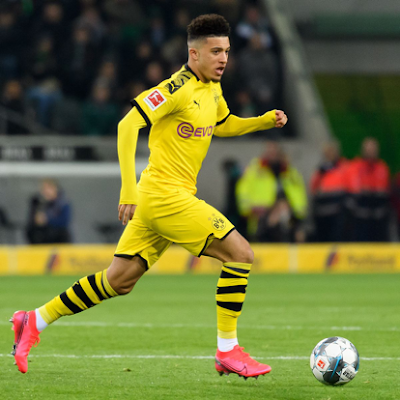 Manchester United have finally made a breakthrough in negotiations over a contract for winger, Jadon Sancho.

According to The Times, a significant barrier in the transfer talks over Sancho has been removed, with Dortmund accepting Man United’s request to pay some of the transfer fees for Sancho in instalments.

Man United are now hoping to land Sancho at Old Trafford before August 10.

Recall that Man United wanted to pay Dortmund €70million upfront for Sancho this summer and later pay another £30million in 2021, and then an extra €20million in 2022.

Man United manager, Ole Gunnar Solskjaer, is keen to add Sancho to his squad this summer in a bid to strengthen the right side of his attack after securing qualification for Champions League.

Sancho, 20, has been a key part of Dortmund’s attack this season.

He scored 20 goals and registered 20 assists in 44 appearances for Dortmund this season.

The England international, who has since agreed on personal terms with Man United, was also wanted by Liverpool and Chelsea this summer in the past.