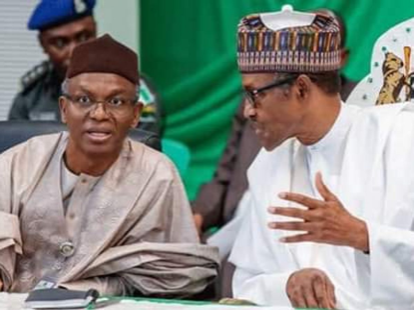 According to HURIWA, El-Rufai should be compelled to produce the killers of the innocent Nigerians in Southern Kaduna since he has been able to identify them and their locations.

Recall that back in December 2016, Governor El-Rufai admitted to identifying and compensating those causing the crisis in Southern Kaduna, saying that they were people from the neighbouring countries of Niger, Cameroon, Chad, Mali and Senegal.

HURIWA, in a statement signed by its National Coordinator, Emmanuel Onwubiko and made available to newsmen on Sunday, said it was much concerned that “what is going on in southern part of the state is an ethno religious cleansing by vicious herdsmen in a way that was sickening and repulsive to civilisation.”

It said the “most pragmatic way to finding a solution and stopping the mass killers before they strike again is to fish out the armed Fulani Herdsmen doing the killings by investigating El-Rufai who allegedly and reportedly admitted paying off some identified killers.”

HURIWA wondered why the criminals were compensated instead of facing the law, adding that the Governor has not done anything to help the victims since he appeased the killers with money

“The continuous assault of the Southern Kaduna people has become highly suspicious and alarming. There is no doubt that the victims of these incessant assaults are indigenes of Kaduna State who are mostly Christians,” the group insisted.