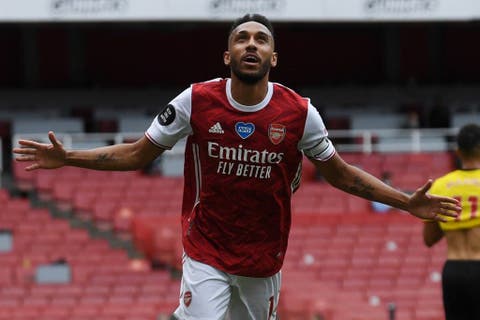 Pierre-Emerick Aubameyang sparked a flurry of speculation about his future on Sunday when Arsenal’s FA Cup final hero posted a teasing tweet.

The Gabon striker has entered the final year of his contract with the Gunners, who have been keen for him to commit for a longer duration.

He posted an image of an egg-timer on Twitter, possibly suggesting there could be imminent news to announce.

There was speculation it may mean that Aubameyang, who joined Arsenal from Borussia Dortmund in 2018, has signed a new contract.

The 31-year-old scored 22 goals in the Premier League for Arsenal last season, just as he did in the previous campaign.

He struck both of the goals for Mikel Arteta’s team in their 2-1 victory over Chelsea in the FA Cup final on August 1.

There has been a clamour among supporters of the north London club for them to get a deal agreed, and many followers on social media begged Aubameyang to reveal what his cryptic message meant.