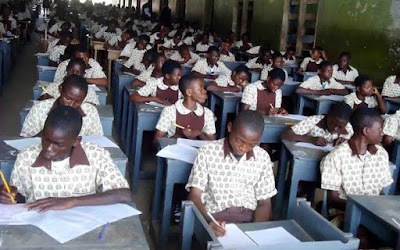 The Nigeria Medical Association, (NMA), has warned that it is risky to re-open schools with effect from tomorrow after four months of closure because it could worsen community spreading of the coronavirus pandemic.

National President of the apex medical association, Prof Innocent Ujah, who gave the warning on Saturday while speaking with newsmen ahead of schools’ resumption by exit students on Monday, said there were no evidence to show government’s readiness to re-open the schools.

The Federal Government on July 27 after a virtual consultative meeting between the Federal Ministry of Education, the Commissioners for Education in each of the 36 states of the Federation, the Nigerian Union of Teachers (NUT), the proprietors of private schools and Chief Executives of examination bodies unanimously agreed to reopen schools on August 4.

But the NMA boss stated that with figures from the Nigeria Centre for Disease Control (NCDC) showing that Nigeria now has about 43,000 cases of COVID-19 with 878 deaths, it is still precarious to re-open schools for now.


Prof Ujah, who is a former Director-General of the Nigerian Institute of Medical Research and Development, (NIMRD), warned the government to learn from the mistake of South Africa which was forced to close schools after its COVID-19 fatalities spiked shortly after they re-opened.

“We are not comfortable with plans to reopen schools and we have warned government against the dangers of re-opening them, because we are not ready.

Even at general level, we are not complying with NCDC protocols of social distancing, regular hand washing, use of sanitizers and face masks. “We believe that children will be put at a great risk if schools are re-opened, unless they (government and school proprietors) are ready. If they are ready they can go on, but we don’t believe that they are ready.

“We believe we should avoid the mistake of South Africa that re-opened its schools but was forced to close when the fatalities and infection cases rose geometrically.

Ghana also re-opened and was forced to close, although some have made reference to the fact that it has re-opened, but the circumstances that led to re-opening in Ghana should be studied because it is not enough to import cut-andpaste ideas,” Ujah warned.

He said even if the private schools are ready, the same level of readiness cannot be said of public schools which have observable infrastructural deficiency, even as he expressed apprehension about how the schools would be monitored to ensure compliance with safety protocols.

Ujah warned that if any of the children or teachers get infected with the virus, they would automatically transmit it to their families, and that would further exacerbate community spreading, adding that the same parents would be the first to castigate government for not doing enough.

“In my opinion, government was stampeded to consent to re-open the schools, because of the outcry of many people, including governors, parents, teachers and school proprietors; but this is not about emotion.

They must be prepared. We are not saying they should not re-open schools, but they should be ready. That is NMA’s view. “Remember when NMA said the nation should lockdown and suspend all international flights, (NMA was the first professional body that so advised), the Federal Government did not listen to us and now you have seen the consequences. That initial inaction is now having a telling effect on all of us,” he said.